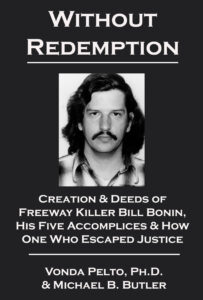 Without Remption: Creation & Deeds of Freeway Killer Bill Bonin, His Five Accomplices & How One Who Escaped Justice was written on a number of parallel tracks that constantly intersect. First, it is the most detailed historical biography ever written about Bill Bonin, the notorious Freeway Killer responsible for murdering 22 teenage boys over ten-months in 1979-80.

Second, it is a psychological roadmap which charts the evolution of Bonin’s personality from abused child to sexual predator to serial killer. This is accomplished using documents from his childhood, war service, multiple California government mental health and penal institutions, witness testimony and the expertise of Vonda Pelto, Ph.D., who had many sessions with Bonin and two of his accomplises while working in Los Angeles Men’s Central Jail. 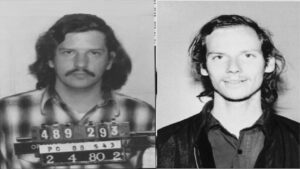 Finally, it is book which solves two murder mysteries and unlocks how one day of crossroads and coincidences, in the midst of the murder spree, profoundly impacted many lives and future events. 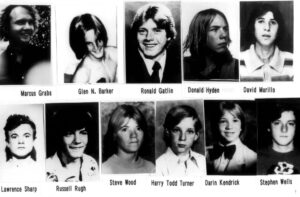